“I am curious what tips you have for parents of young children who are just learning their child’s verbal communication is impacted? What are some key things to remember, do, or try?” 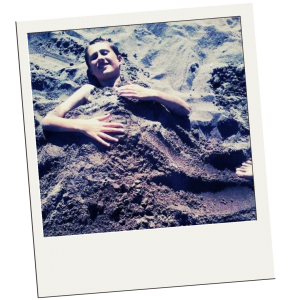 I think back to when I was just diagnosed, and I was not using verbal communication consistently. I know my parents were concerned – I remember hearing them tell the doctor at the time how I stopped speaking, and this was particularly hard for them because they were talking to me in their native languages. It was as if I was rejecting their cultures. My wish is that they wouldn’t have stopped talking to me in Serbian and Lithuanian and switched to English because I really would have liked to be fluent in all three languages. I think they did it because they thought they were making things easier on me, but I know I could have handled it. After all, I took two years of Spanish in high school, and really enjoyed it. So I would tell parents to keep speaking their preferred language.

One very important point I’d like to make is that parents need to remember that there is so much going on underneath the surface. Surely for me; I was so overwhelmed by all the sensory input coming at me that I could barely connect with my parents or therapists. I really loved it when they played music and sang to it because I learned what words to expect, and I would try to form them in my mouth. It was also something that we shared that was fun, unpressured, special. I found that cuddling and deep pressured hugs made me aware of them best, and I would seek out motions that rocked or bounced my body in space. When I was taking care of that deep-seated need to be comfortable in my body, I was relaxed and able to try speech. That’s why going to someone’s office and having to pronounce random sounds for somebody I didn’t know was so hard, and frankly, I didn’t use anything they tried to teach me because I had such a negative association with the words. 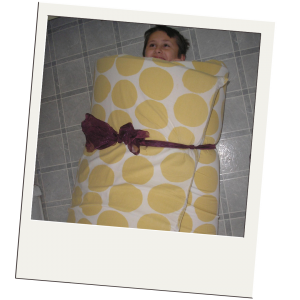 So if you had to sum up one thing about what parents can do when they find out their child is verbally challenged, I would say this: be cautious about what you put them through. No child should be put into forty hours of therapy per week like I was. Play should be the main activity, and I don’t mean your NT-based [neurotypical] ideas of play because it is using your definition of what is fun, which I guarantee will not be shared by your autistic child! If anything, it will set up both of you for disappointment. You, because you will be reminded that your child doesn’t relate to things like other children, and them because they won’t enjoy what they are being cajoled into playing.

Instead, I would urge parents to be open to whatever their child likes to do, and try to see what they find appealing about it. For example, I really loved cutting paper, drizzling things in front of my eyes, and being rolled up in a sleeping bag nice and dark and soft. When people started doing these things alongside me, I didn’t really know what to expect because up to that point, they’d interrupted my play with their own agenda. But eventually I knew they were sincere, and I let down my guard and started to watch how they played. Over time, they were able to introduce other ways to play, and I formed strong connections with them in this manner. I felt heard; seen as a person with his own interests and respected for being myself even though I was autistic. Eventually it became respect for who I was as an autistic person, and that’s the best feeling of them all.