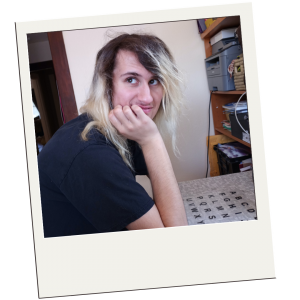 One time I was having lunch at school, and overheard another student say how stupid I was, as if not being verbal was an indication of not being intelligent. Sadly, lots of people think this way and have no problem letting me know. It’s so common and unrelenting and as random as a sneeze. Getting upset about it was too draining and left me feeling really bad. I think there are lots of times I felt wronged, but at that moment in the cafeteria, my anger was unbelievably stoked by that little shit. The cafeteria was supposed to be my safe space, the break from having to be ‘on’ during class, where I could tune out the world by plugging in my earbuds. Reviewing my options, I would have preferred to punch him in the mouth, but I knew that was impossible, and the anger made me anxious. This resulted in me whining and making sounds which set the kid off in laughter. It was just a bad situation.

I think the question of my intelligence first came up when I was around nine, and there was some reason I had to take an IQ test. Something to do with the county disability services. I hadn’t yet learned how to letterboard, and had way fewer words within easy verbal retrieval. All communication was one way. The IQ test required that I give my attention to the turning pages of questions, pick the right answer, and tell the examiner by pointing to it or saying which picture was correct. He had no idea what he was asking of me. For one thing, I had never been to his office, and was really distracted by all the new smells, how the lights flickered, and the strange furniture, which was metal and grey. Our furniture at home had round corners and cloth covers or made of wood.

Second, there was being expected to indicate either by pointing or naming the right answer, but I couldn’t do either of them. (I had even had to endure being drilled on how to point at things, but never did master the skill.) I knew the answers to most of the IQ test, but I simply couldn’t respond. It was incredibly frustrating, but I was so used to being silenced that it really was no big deal. This ableist, discriminatory set-up of a test found my IQ to be below thirty, which was considered to be severely intellectually delayed [ID]. 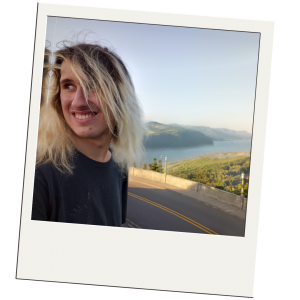 Somehow my mother left the doctor’s office without ripping his face off, but I could see she was shaken. I imagine it must have been pretty demoralizing to hear that from a doctor. However, she was more upset by the way the test was set up against anyone who wasn’t verbal, and how the doctor didn’t seem very concerned about it. When you consider the ramifications on every single non-speaking person with poor motor planning to be labeled as being ID after a forty minute appointment, it is truly child abuse to make a child go through it and medical malpractice to allow doctors to send people away with such ill-begotten scores that will influence a person’s life in so many ways, and primarily negative.

Believe it or not, a few years later I had to get another IQ test, and we ended up being sent to the same guy. This time I was able to use my letterboard to answer the questions, and I did a lot better. The doctor asked a lot of questions about the letterboard, and seemed genuinely curious about the technique. But the whole time I kept thinking about how many of us sat in that chair who were shy or non-speaking, distracted by the lights and unable to hear the questions over the flickering electricity or unable to make our bodies act the way they should. All of us got the label, and most of us wouldn’t have a second chance to overcome the test’s flaws. That is the worst part of all.