The Oregon Council on Developmental Disabilities is excited to announce our new video podcast series called “Planning with Nick!” Please join us in welcoming Nick Kaasa as a new member of OCDD’s team. In these series of videos, Nick will be sharing the importance of self-advocacy and self-determination while using the Charting the Lifecourse Framework. Watch the video above to see our introduction of the video series! 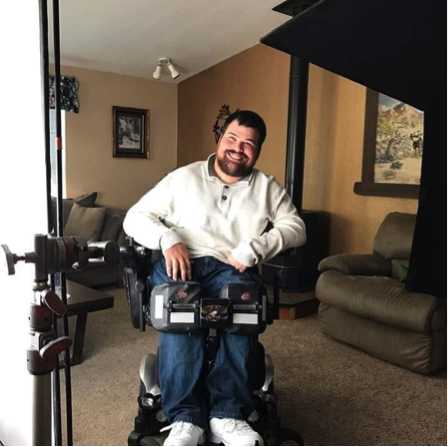 Nicholas Kaasa has called Oregon home his entire life, graduating in 2011 from Sheldon High School. He has worked in the field of Developmental Disability Services for more than 6 years, receiving many awards for his advocacy work in and around his community including the Self Determination Award in 2012, and the OVASNP Outstanding Student of the Year Award in 2015. He currently works as a Consultant for the Oregon Council on Developmental Disabilities, where he shares the importance of the LifeCourse framework statewide.

During this time of uncertainty, it’s helpful to use the Lifecourse trajectory for a little support. Below I have described what I want for this time and what I want to avoid. I recommend these tips and for you to do the same for yourself or to support your family member to fill out their own trajectory.

Emilie Wylde Turner is the CEO of Living Opportunities, a non-profit organization in Southern Oregon supporting people who experience disability to work for the same employers, live in the same neighborhoods, and have the same experiences that you or I do in our community. Emilie is one of the founding members of Oregon Consortium of Family Networks and sits on the Oregon Council on Developmental Disabilities.  She is passionate about communities that welcome all, supporting self-determination and cotton candy.

I am 19 (turning 20 on Saturday) and was diagnosed on the autism spectrum when I was six. I grew up in a very rural Amish community in Indiana for the first 11 years of my life, at which time my mom, sister, and I moved to a ranch literally in the desert of Central Oregon to be closer to family members. By the time I was 13, it was apparent that I needed a lot more intensive care than was available in that area, so I entered a residential care provider called Albertina Kerr in the Portland area. I am now living in one of Kerr’s adult group homes and have really never been better. I finally have the support system I need, and am working on learning more life skills so I can be more independent.

In her role as the Director of the Office of Developmental Disabilities Services (ODDS) in DHS, Lilia Teninty is responsible for the development, oversight and delivery of intellectual and developmental disability services across Oregon.

Lilia brings with her more than 19 years of experience, 17 of those working specifically with intellectual/developmental disability (I/DD) programs in several states. She began her career working for a small non-profit that provided assistive technology to people with disabilities. In 2003 she became the supervisor of the Medicaid waiver unit in the State of Indiana, later becoming the Chief of Staff for the Division of Disability and Rehabilitative Services (2006-2007). In 2007, Lilia later accepted the position of Director of the Division of Developmental Disabilities for the State of Illinois. In 2011 she moved to Oregon to work for the Human Services Research Institute (HSRI). As a Senior Policy Specialist at HSRI, she provided consultation on Medicaid policies and funding mechanisms for people with I/DD to several states. She became the director of ODDS six years ago.

Melissa (Missy) Elliott currently works as a Service Equity Manager for the Office of Developmental Disabilities Services through the Office of Equity and Multicultural Services with 4+ years of experience in policy and resource development for people with intellectual and developmental disabilities. She brought her unique and quirky personality to the collaborative work with self-advocates, families, providers, and case managers across Oregon and California when evaluating services and transforming the service planning process. Melissa came to work within Intellectual and Developmental Disabilities services utilizing a background in supportive housing models and direct support experience with a focus on mental health. She used her love of capacity building to share this knowledge with various audiences, focusing on person-centered practices, service equity for all and Home and Community Based Services. She completed her Bachelor and Master’s in Social Work at Loyola University of Chicago.

Trajectory Planning Tool: Looking at the Past (see PDF)

Learn more about ways to stay socially connected during this time and build a vision for your life by contacting Nick Kaasa at nicholas.kaasa@bkunlimited.com.