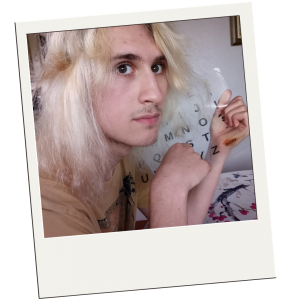 By now, you have probably heard a little bit about the movie called “Music” which was produced and directed by the Australian singer Sia, and stars Maddie Zielger as the famously unautistic lead. I was invited to watch a screening as one of the advisory board members of CommunicationFirst, whose mission is to advocate on behalf of people with speech disorders.

Now, before I get to the disability aspect surrounding this movie, I need to share a general review of what I noted while watching it. First of all, Music lives in a neighborhood of people who all seem to look out for her well-being, and have countless unpaid hours to make sure she gets around safely. Her grandmother appears to have no problem paying the rent, and the super often babysits for free. The musical interludes appear to augment her daily life, not provide a necessary escape from too much sensory stimulation, like so many autistics experience. This last part was very noticeable to me because of my own reliance on escapism when things get too overwhelming.

What really got me was how Music was used as a prop to advance everyone’s lives but her own. I really don’t know why the movie is named after her because so little screen time is given to her character’s development. For one thing, she discovers her grandmother’s dead body, but that trauma is never mentioned or acknowledged. She is thrusted into her step-sister’s care without any legal oversight or designation of guardianship. And I wonder if any court would allow a person with little current history who is in a rehab program to take responsibility for a low-speaking autistic. There are just too many plot holes and no trajectory for the titular character.

As for the disability advocacy angle, so much has already been written about prior to the release of the movie: how Music was portrayed by a non-autistic actor; how Sia disregarded feedback from autistic advocates after the trailer was released; that the restraint scenes were perpetuating a myth about a practice outlawed in over thirty states; and how ableist the movie’s lens is. 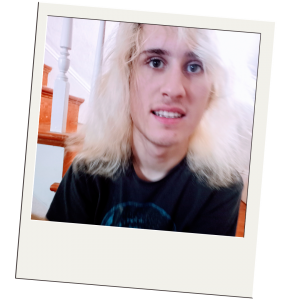 I think there are two points which stuck out to me. First, that there is a caricature of autistics which relies on depicting us as headphone-wearing, gaping innocents who are symbols of purity there to remind us of selfless sacrifice. Second, the assumption that we have no dreams or hopes for the future of our own, and that the life experiences of everyone around us, i.e. those without disabilities, are central and more important than our own dream for the future.

It really is the most glaring statement of this movie that Music is a prop whose words are not important, nor is her opinion sought in any way. How does she feel about her conniving sister’s return? Does she want the guy who has restrained her multiple times in the past to move into her home? Has anyone told her that her friend was murdered in a domestic violence incident? What about mourning her grandmother’s passing?

There was an opportunity, at the very least, to use her fame to paint a portrait of the complexity of being autistic. Instead, Sia opted for a lot of schlocky gimmicks right down to the final scene where Music starts to sing at a wedding. This was the very definition of “inspiration porn,” and was extremely offensive. It will undoubtedly do well with mainstream audiences, but as someone about whom this character is supposedly based, it was so far off the mark that I hope it goes away quietly and with little publicity. In the meantime, I know one truth that can guide anyone who wants to make a movie about autistics: include us in your development, center our voices, and make sure our lives are presented as richly as they are lived.